One fine (or not so fine) day, you check your inbox and discover a message that starts like this:

Contents
Calm down, no one’s filmed youRansom message — with a bonus Trojan encryptorHow to stay safe

“I’m part of an international hacker group. As you can guess, your account was hacked…” 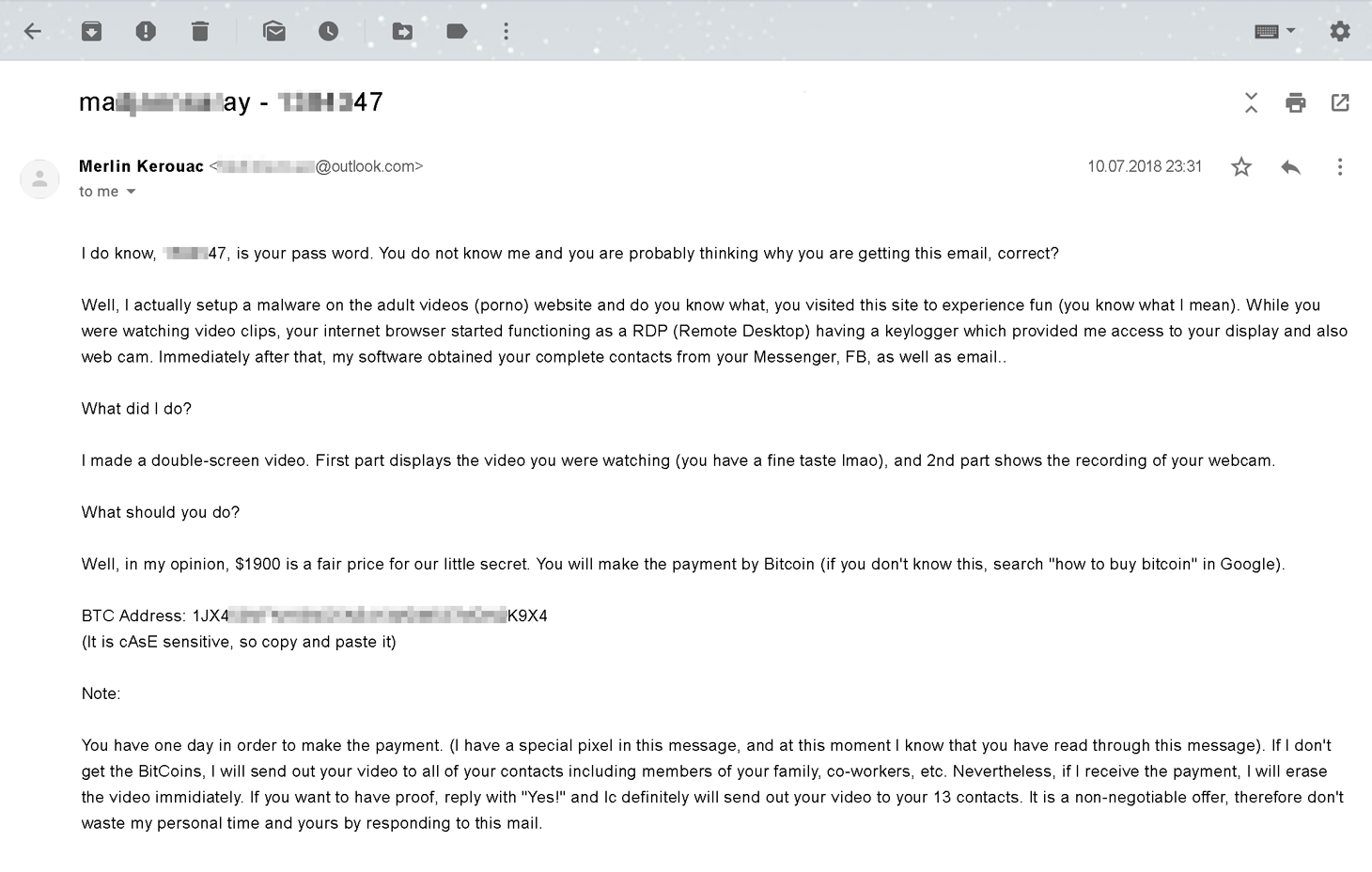 The cybercriminals threaten to send the video to all of your friends and colleagues. The only way to stop them, they say, is to transfer a specified sum of cryptocurrency to an anonymous wallet.

Some scammers give you only a few days, claiming to know exactly when you opened the e-mail, which supposedly contains a tracking pixel that lets them monitor the message’s status. In some cases, as part of their effort to convince you of the existence of a compromising video, you are asked to reply to the message, whereupon the scammers say they will send the video to a selection of your contacts.

Of course, they say if payment is made, they’ll immediately destroy the video and the database of your contacts.

Calm down, no one’s filmed you

In reality, there is no omnipotent “virus” or shameful video. How does someone know your password? Simple: The blackmailer has got hold of one of the many databases of user accounts and passwords available on the darknet, leaked from a variety of online services. Alas, such leaks are not uncommon — in the United States alone, no fewer than 163 million user records were compromised in just the first three quarters of 2017.

As for “knowing” that you’ve been viewing adult content, it’s a shot in the dark. The e-mail you received was sent to thousands, perhaps millions of people, with the addressee’s password (and other personal details) automatically merged into the message from the database. Even if only a few dozen recipients pay up, that will be more than enough for the scammer.

The same goes for the promise to send a video to some of your friends as proof. Few people would want to verify the existence of such delicate material in this manner. Most would prefer not to risk even a limited disclosure of this kind of secret.

Recently, scammers have come up with an even more effective way to make victims pay up: In early December, researchers at Proofpoint found a spam wave offering victims to personally verify the existence of an embarrassing video without involving family and friends. All they had to do was follow the link in the message.

Naturally, no video appeared. Instead, users were prompted to download a ZIP archive, which if unpacked and run really did infect the system — big time.

How to stay safe

To avoid falling victim to ransomware scammers, we advise being cautious and following a few simple steps. Here’s what you don’t want to do: 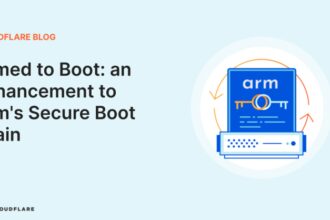