Every so often dangerous vulnerabilities are detected in Google Chrome — bugs that attackers can use to steal users’ data or infect their computers with something undesirable. In especially severe cases, there are vulnerabilities that criminals have already started to exploit. When that happens, Google usually responds fast by releasing an emergency update, which you should install as soon as you can.

How to urgently update Google Chrome

Under normal circumstances Google Chrome automatically installs updates and prompts you to relaunch the browser to apply them. You’ll then see a green “Update” button in the upper right corner of the browser window where the menu button usually is. In a few days the button will turn orange, and after a week it will turn red. We recommend that you update immediately, before these warning colors appear.

But what do you do if you’ve read news about a new vulnerability in Google Chrome but you don’t see that precious “Update” button? Don’t worry, this is normal — when an update is released it can take a while for the button to appear. If the vulnerability is dangerous, it’s best to force things and nudge the browser to quickly install the update. Rest assured this is easy to do — simply follow these steps: 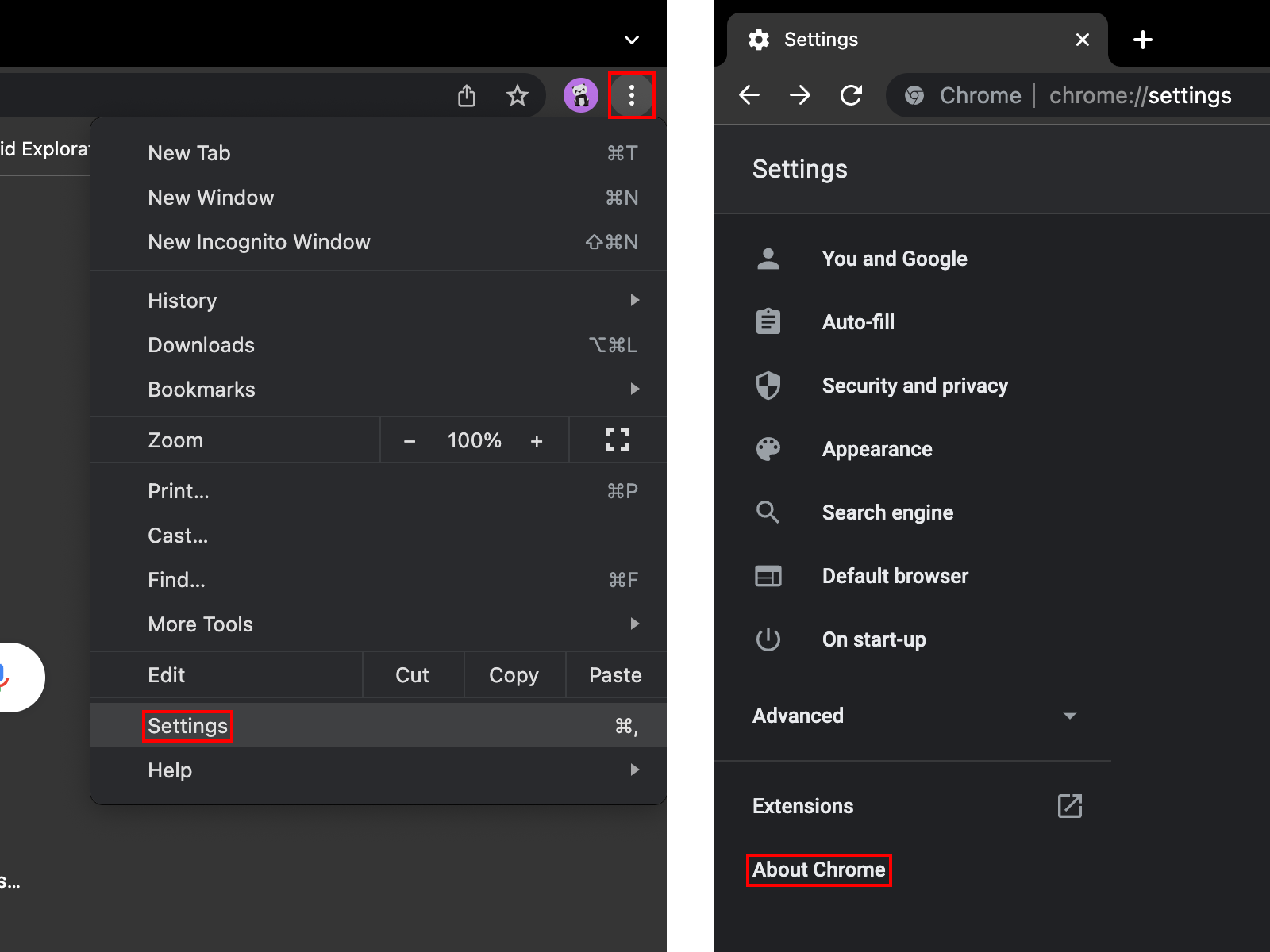 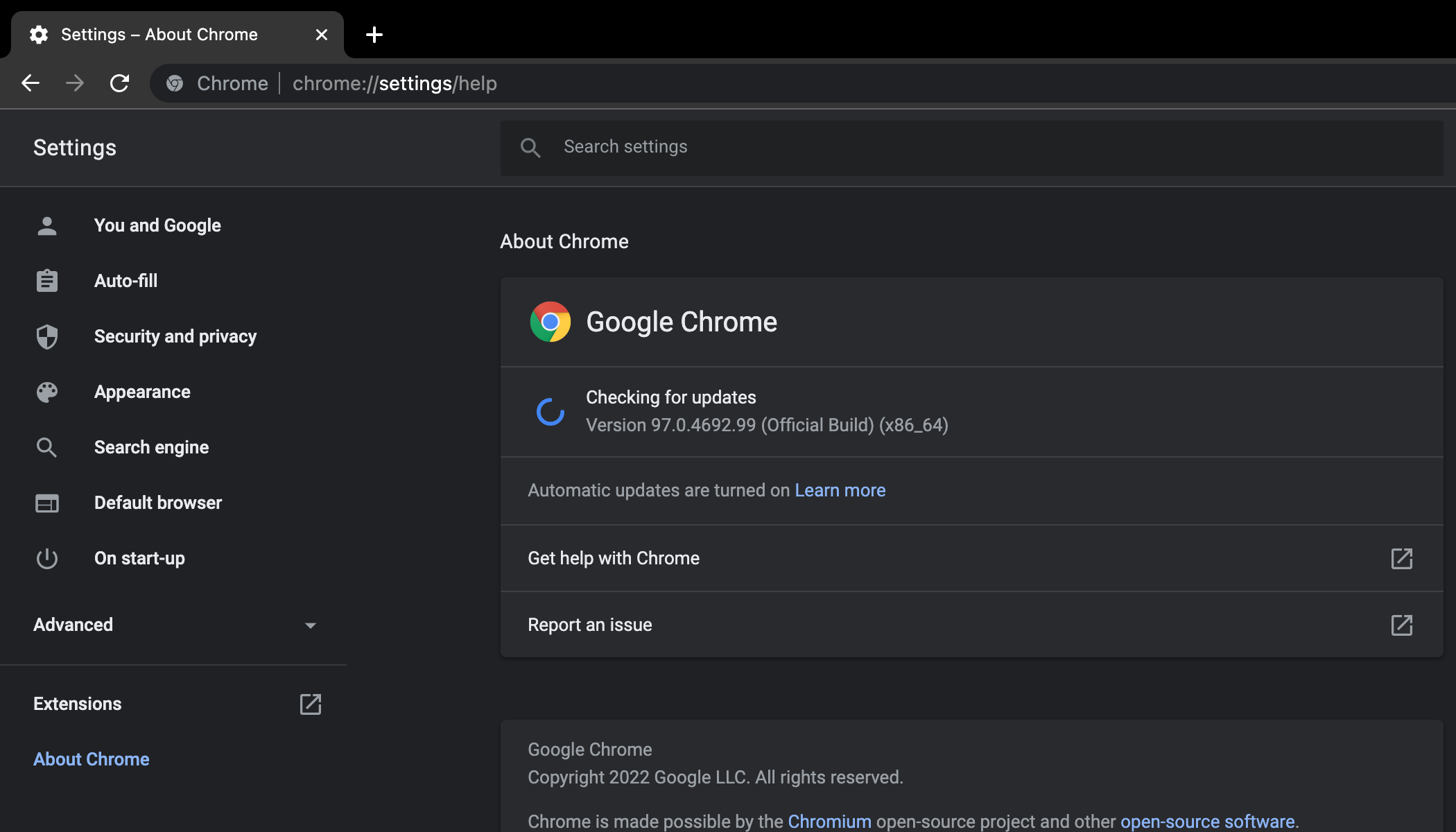 After opening About Chrome page, browser will automatically download and install the latest update 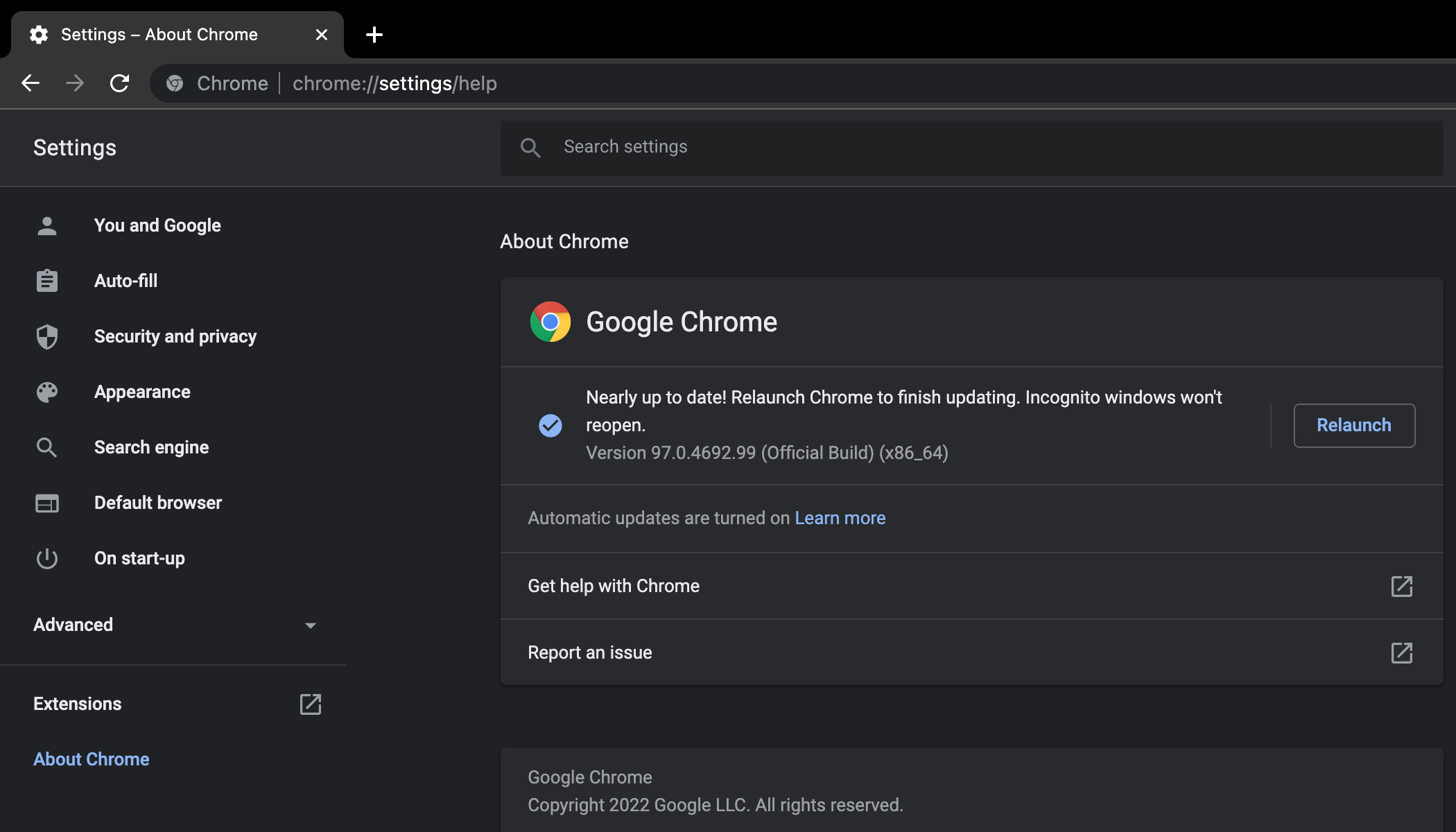 Make sure to relaunch your browser after installing the update, otherwise it won’t be applied

What to do if you have problems with updating Google Chrome

Google Chrome is the most popular browser on the planet, with billions of users. If all those people tried to install an update simultaneously, Google might not have enough resources to handle all the requests at once. This means that sometimes updates might not be available immediately.

This most often happens when the detected vulnerability is truly dangerous and the update is important, because this is when a lot of people try to install it at the same time. If this happens, you’ll need to wait a little while, periodically repeating the instructions above.

If waiting doesn’t help and you can’t update Google Chrome for quite a while, try following the recommendations of the browser’s developers.

Now you know how to install the latest version of Google Chrome even if the browser doesn’t readily tell you that an update is already available. Also remember to update other important apps and make the most of a reliable security solution that will keep your devices and personal data secure.