The open-source email client Thunderbird has received several updates since development switched from being an official Mozilla project to an independent project. The last major release dates back to August 2021 and the release of Thunderbird 91.

The project team released smaller updates regularly, but they were mostly security updates and bug fix releases. Thunderbird 102, the next major release of the open-source email client, will introduce several new features and improvements to existing features.

Several of these upcoming improvements were highlighted on the official Twitter account of the Thunderbird project. Here is the official list of major features that will be introduced in Thunderbird 102.

All images were posted by the official Thunderbird Twitter channel. 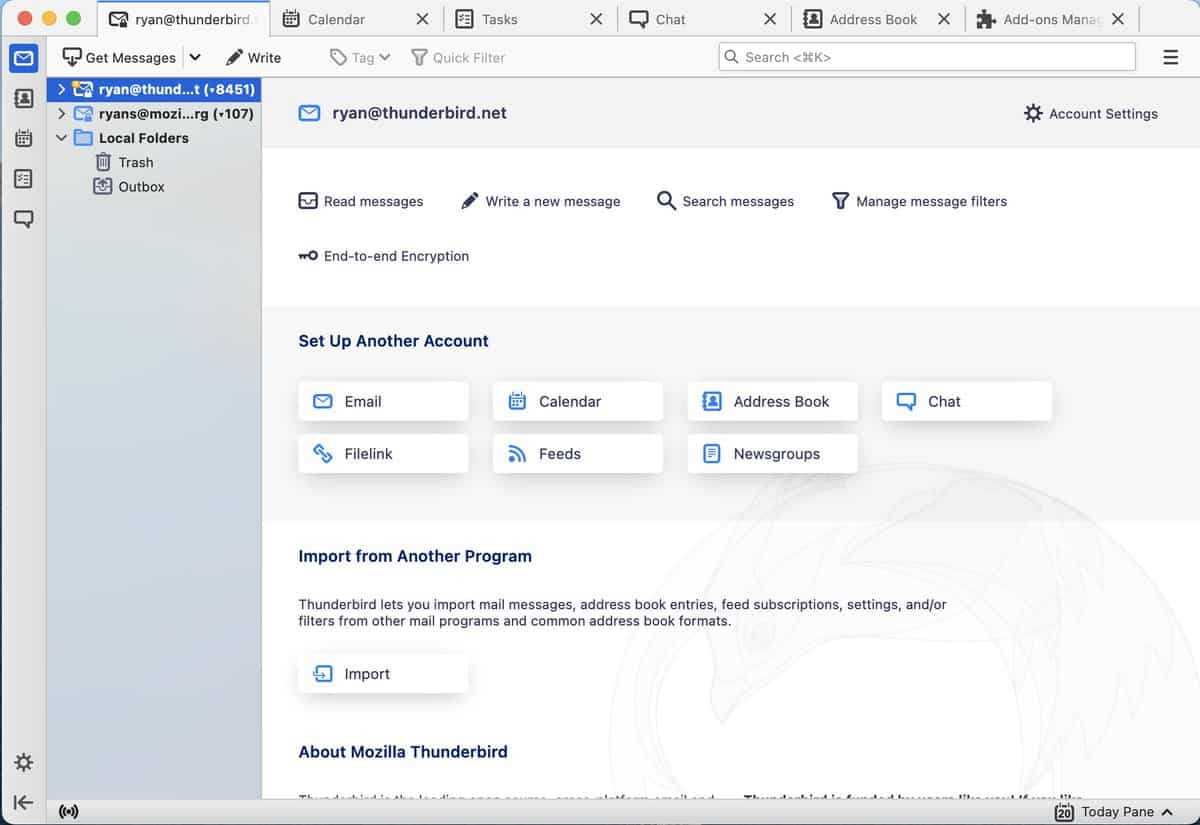 The Spaces toolbar is a new feature that will be introduced in Thunderbird 102. It provides quick access to certain activities, e.g., to chat, tasks, or the add-ons manager. These are listed as tabs by default, but users may hide them to save screen estate. The toolbar is turned into a single icon that links to the different sections of the email client on activation in that case.

The new Spaces Toolbar is an easy, convenient way to move between different activities in the application. Such as managing your Email, your contacts via address book, using the calendar and tasks functionality, chat, and other full-tab activities (add-ons too!) 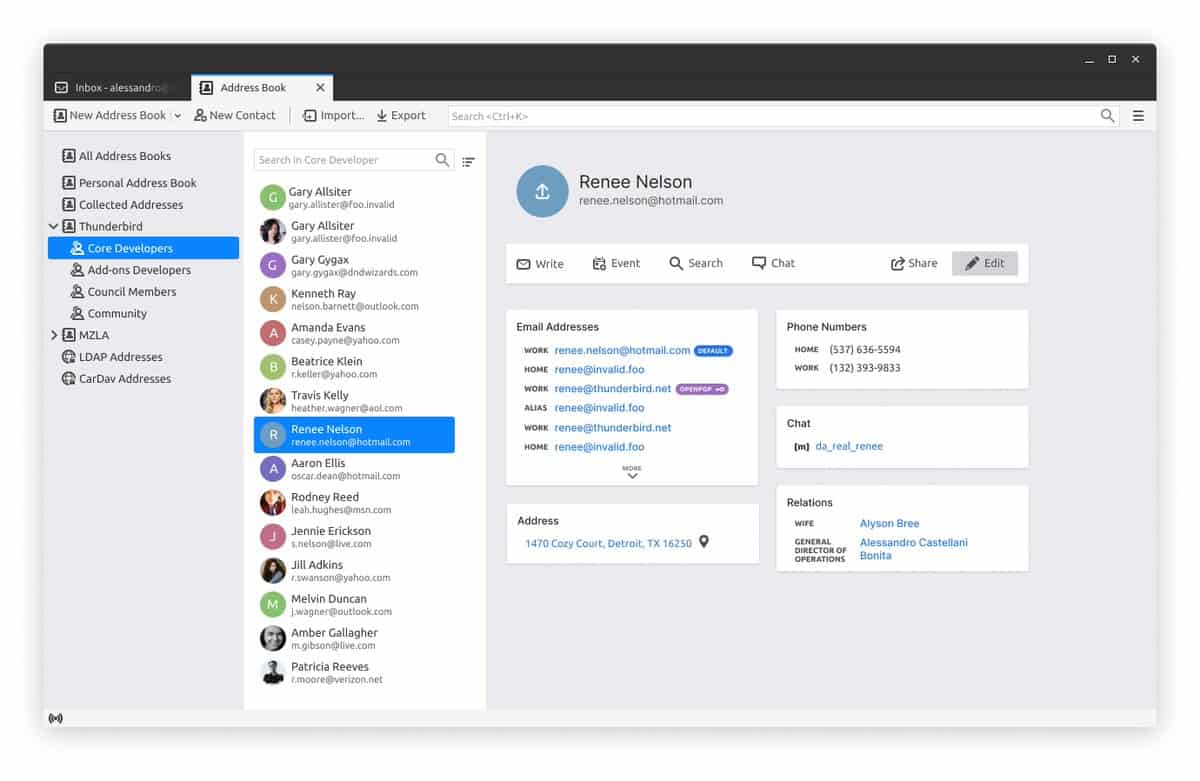 After a couple of releases teasing a new address book – it’s coming into this release. Not only is there a design that makes it easier to navigate and interact with your contacts. but new features enable you to better understand who you communicate with.

Link Preview Cards is a simple new feature that turns pasted links into previews in the compose window. As an example, the pasting of a Twitter link will display the message, date and time and media, if provided.

The new Thunderbird will have a feature that Twitter users are familiar with. When a link is added in the composer, you will have the option to convert it into a rich link preview with content displayed from the website (Twitter link pictured below, WIP).

The first-time account setup process works well already, but setting up secondary accounts did not provide the same experience. The new Account Setup Hub of Thunderbird 102 changes that by providing users with a similar experience and functionality.

In past releases, we have improved first time account setup. When setting up an email, auto discovery of calendars and address books works really well! But managing accounts and setting up after the first time has lagged. We are updating that experience in 102.

Thunderbird 102 supports the Matrix protocol by default. While it is also supported in Thunderbird 91, users had to enable it via a preference.

Support for the popular chat protocol: Matrix, is coming to 102. While this has existed behind a pref in a beta state in 91, it will finally be usable out-of-the-box in this release. Updates to chat for a better user experience will be in this release as well.

The importing and exporting of accounts and data are integrated into the core Thunderbird installation. Users had to rely on add-ons for these options up until now.

Moving accounts and data in and out of Thunderbird should be a breeze! Until now, add-ons have had to be used for this. In this release we are making a great Import/Export experience a core part of the Thunderbird experience.

The message header gets a visual refresh in Thunderbird 10.2. It highlights important information.

Another UX/Visual update can be seen in the redesign of the message header. The new design better highlights important info, makes it responsive and easier to navigate.

How to reset HOSTS file to default on Windows 11