Contents
Tell us a bit about The Jordan Legacy?Why is World Suicide Prevention Day (WSPD) important?Why are there stigmas surrounding mental health and suicide?How can we open-up a conversation and support someone who might be struggling with their mental health?How can we create hope through action – as family members, friends, and colleagues?How can we look after our own well-being?

Our passion for protecting people doesn’t stop with online safety. We deeply care for our people, their families and friends, and our communities.

To recognize World Suicide Prevention on Sept. 10 and help normalize and encourage conversations about mental health year-round, we recently hosted a discussion with McAfee colleagues and suicide prevention activist and owner of The Jordan Legacy, Steve Phillip. During this session Steve discussed his own personal lived experience of suicide and what he’s learned since establishing The Jordan Legacy when it comes to creating an open and safe environment for all.

Tell us a bit about The Jordan Legacy?

“I established The Jordan Legacy in 2020, following the suicide of my 34-year-old son, Jordan, in December 2019. It’s a registered not-for-profit Community Interest Company (CIC), whose mission is to raise awareness about suicide, open the conversation, help remove the stigma surrounding this topic and importantly, engage with communities and workplaces to discuss and identify practical solutions which will help prevent suicide.”

“#WSPD is important in highlighting the biggest killer of men and women under the age of 35. According to the W.H.O, we lose 700,000 people globally to suicide every year – that’s one person every 45 seconds. On average, each suicide will impact 135 other people. This means that more than 95 million people are impacted by suicide annually! And while #WSPD is an important day to highlight, it’s fundamental that we recognize that suicide awareness needs to happen 365 days a year.”

Why are there stigmas surrounding mental health and suicide?

“There are several reasons why stigmas surrounding mental health and suicide exist. Generally, it’s due to a lack of understanding and people making assumptions – such as those with a mental health illness could be dangerous, unreliable or unemployable. Cultural backgrounds also play a part in creating stigma – certain cultures see mental illness and suicide as a taboo subject. The language used around mental health and suicide can also create stigma. In the UK, the act of attempting suicide was decriminalized in 1961 and yet the term ‘committed suicide’ is still frequently used, in the same way as commit murder or commit assault.”

How can we open-up a conversation and support someone who might be struggling with their mental health?

“It’s important to ask people how they are with a genuine intent to listen to and understand their reply. Most people who are struggling with their mental health don’t necessarily want you to fix them, but they do want to feel that they’re being listened to. Ask open-ended questions, such as ‘tell me how are you really feeling?’, ‘explain to me how this is impacting on you?’, ‘describe to me, how this is making you feel?”

How can we create hope through action – as family members, friends, and colleagues?

“We need to become a kinder and more compassionate society by recognizing that everyone can, at some point in their lives, struggle with poor mental health. Understanding this, would hopefully cause people to be less frustrated with others who don’t behave as they expect they might. We also need to check-in with family members, friends and colleagues more frequently and ask them ‘how are you really doing?”

How can we look after our own well-being?

“I am one of those individuals who probably works too hard and for too long! However, road cycling is a big escape for me and getting out in the fresh air in the countryside is a huge help. As is my part-time hobby of playing the drums – you can lose a lot of pent-up stress whilst playing along to Nirvana!! It’s so important that you make sure to look after yourself. So, my advice is to find out what works for you – whether that’s going for a walk, talking to a friend, speaking to a counsellor, joining a local group or seeing what resources are available to you through your company’s EAP. And remember most importantly to be kind to yourself.”

If you or someone you know is struggling, please call or text 988 to get support. And remember, you are not alone.

Together we can prevent suicide 💛 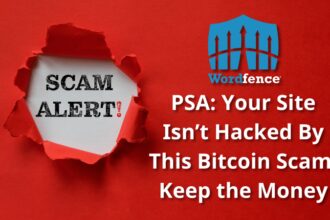 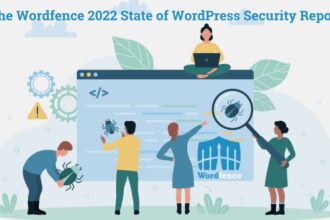